Julie Andrews as Victor/Victoria has nothing on the always gender bending roles we find ourselves portraying in opera. Whether it’s Castri singing women’s roles, or women singing “pants role”, I too have had my share of playing a man over the years in The Metropolitan Opera Chorus. It is an acting challenge, but once the costume comes on, magically this male alter-ego begins to emerge. So much so, many of us came up with names for ourselves while in character. I seem to recall “Sam” as being mine. 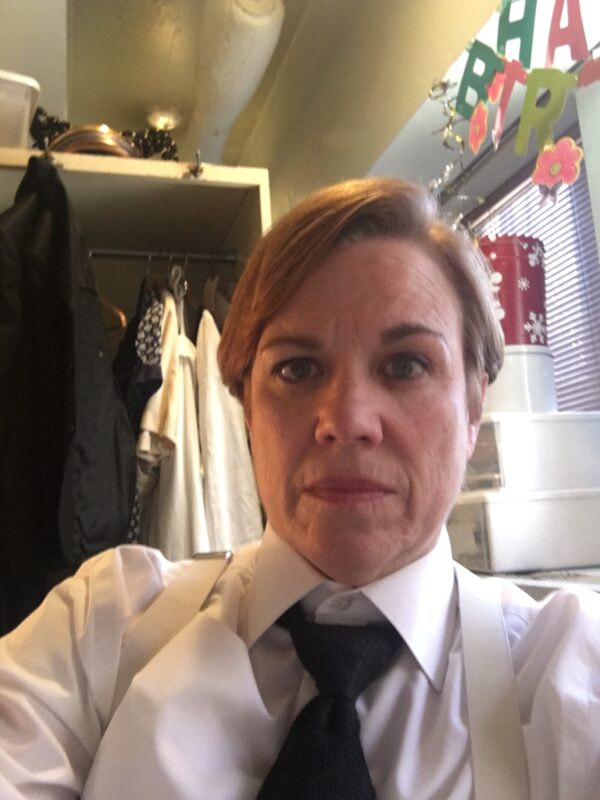 Willy Decker’s somewhat controversial, surreal production of Verdi’s masterpiece made the heroine, Violetta the only “female” on stage. Everyone else was a man or as in my case, portraying one. The director’s intention was to portray Violetta as an object controlled totally by a male dominated society and how it eventually leads to her demise.