In case you think our job is just “park and bark”, think again.

Here I am “giving birth” to the Count’s baby during a performance of Le Nozze di Figaro with none other than super star Ildar Abdrazakov playing Figaro doubling as my mid-wife. 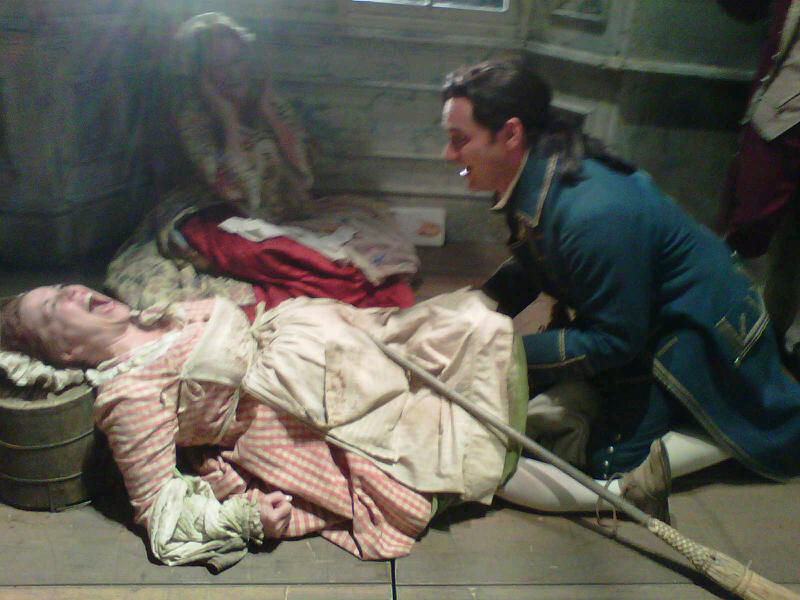 Stage Manager extraordinaire Terry Ganley captured it all on film and much to my dismay, distributed photos to the entire backstage crew. 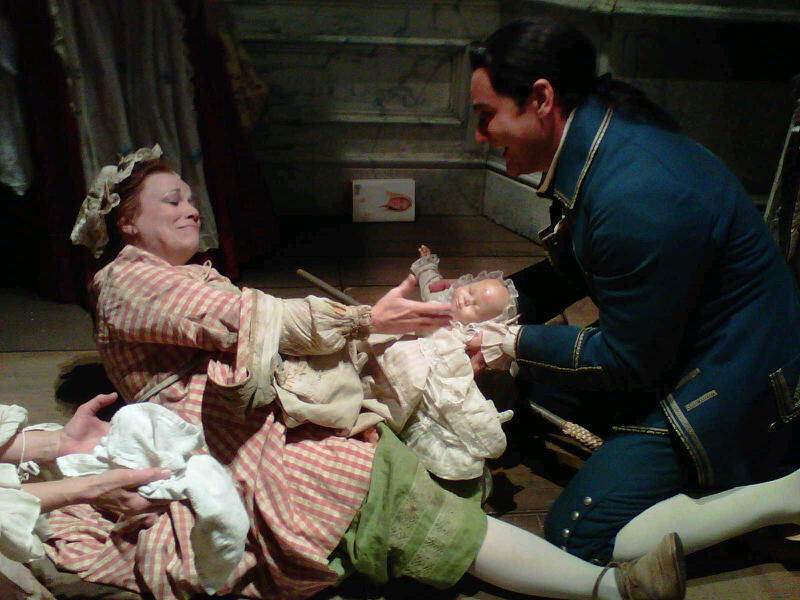